Get to Know Akagera National Park.

Ideal for game viewing place in Rwanda. Akagera National Park  lies in eastern part of the Republic Rwanda along the border with Tanzania with exceptional levels of biodiversity and forms the largest protected wetland in central Africa.

The park is a home to the big game such as elephant, buffalo, topi, zebra, waterbuck, roan antelope and eland. Other antelope are duiker, Oribis, bohor reedbuck, klipspringer, bushbuck and impala. Of the primates, olive baboons, vervet and the secretive blue monkey are seen during the day, with bush babies often seen on night drives. Of the larger predator’s leopard, hyena, side-striped jackal and lion, which were re-introduced 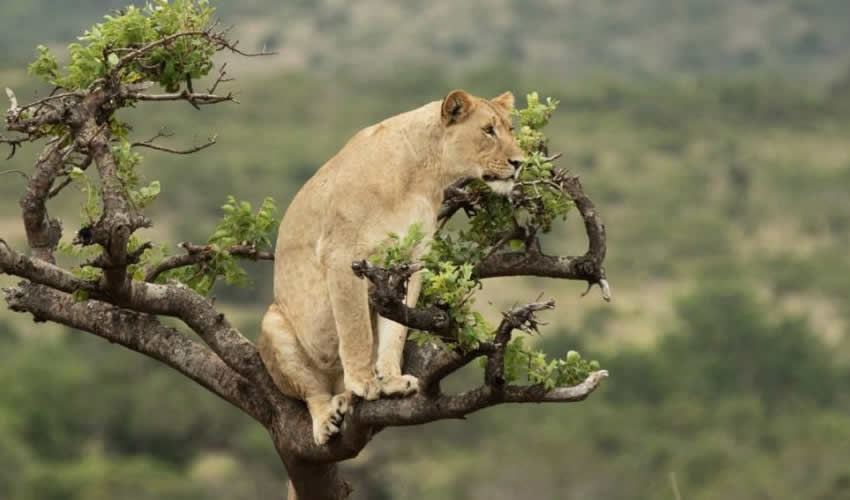 What to do in Akagera National Park.

Relax and re-align on a game drive in Akagera National Park. Explore the park and the animal’s resident mammals. Just on short drive you will spot the giraffes, Impalas, Topis, the Zebras, bush bucks, African swallows, eland, the vervet monkeys, warthogs, baboons, Mongoose, the hippos, the crocodiles, as well as the elephants. An exciting game drive from the south gate to the north gate. A night game drive is quite different from the day – at night there is a good opportunity to see the nocturnal animals which include a few leopards, a Lion, with several cats & civets.

Boat cruise takes place on Lake Ihema which is the biggest lake in the park. An opportunity to have a boat trip is the best way to sight various water birds and lots of aquatic life. Spectacular birds may include the rare shoebill storks, African fish eagles, crowned cranes and marabou storks a midst hippos and crocodiles.

Suitable for bird lovers, they always get impressed by what they find mostly the many bird species ranging from water birds, forest birds and also savannah birds as well as the migratory bird species and many of these are endemic to the park. They include the papyrus gonolex which is found in the papyrus swamps, red faced barbets, and the swamp fly catcher as well as the elusive shoebill stork, African fish eagles, marabou stork, crowned cranes, open-billed stork, cormorants, herons and egrets. If you are lucky you may even get to see the elusive shoebill stork.

Anytime of the year (from January to December) but the dry season is preferred. Months of January, February, June, July, August, September and December fall within the dry season and are characterized by clear skies, less rain and much sunshine. April-May is the rainy season. Navigating the park in the rainy season is challenging and sighting of animals becomes a challenge as some plains get flooded.

Where to stay in Akagera National Park.

Located in its own private concession area with superb views over Lake Rwanyakazinga set in the idyllic sanctuary of Akagera National Park, Magashi Camp is a one-of-a-kind setting in his vast expanse of beautiful wilderness teeming with hippo, crocodile, a plethora of birds… and incredibly rarer species such as Sitatunga antelope and the Black Rhino. A large pride of Lions can be seen on daily game drives through this pristine sanctuary. Get filled with peace & calmness staying at Magashi Camp

Sits on a hill at the southern tip of the Akagera National Park elevated above the Savannah with panoramic views of Lake Ihema, and the smaller Lake Shakani. With 60 rooms, a conference centre, restaurant, and bar – Akagera Game Lodge is the perfect home base while exploring the conservation treasures, simply relaxing or conferencing. Your journey begins today. The Akagera game lodge rooms are mostly decorated in an African style touch and each of these rooms has got beds, satellite TV, a chair and a desk.

A luxury tented lodge that offers you beautiful scenery to Lake Ihema, the lodge consists of nine tents are spaced widely apart on either side of a thatched reception and dining area, set back from the lake shore and hidden among swaying palms and fruiting fig trees. Ruzizi is an intimate retreat. Each tent has an en-suite bathroom with hot and cold running water, a dressing area and either comfortable queen or 3/4 twin beds, with a small patio at the front and accessible by wooden boardwalks.

How to get to Akagera National Park.

Located in the north Eastern region of Rwanda about 110 km from Kigaliabout a 2 ½ hour drive to the South entrance gate. By helicopter from Kigali International airport, in only 25 Minutes heli-flight.