Uganda, or the ‘Pearl of Africa’, as it was famously dubbed by Winston Churchill, is characterised by relatively dry and flat savanna in the north, with verdant mountains in the West, and vast dense and remarkably lush forests in the central region. The nation is home to an astonishingly diverse range of African wildlife including the highly endangered mountain gorilla which can be found in the Bwindi Impenetrable Forest. 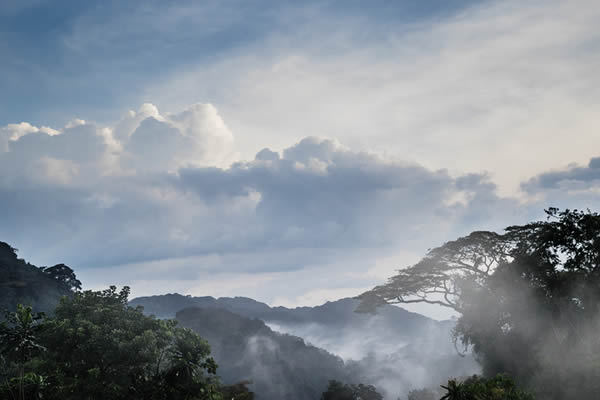 A popular spot for wildlife watching is Queen Elizabeth National Park, which hosts four of the Big Five, a flock of flamboyant flamingos and the rare tree-climbing lions of Ishasha. Outdoor enthusiasts can get their adrenaline fix with plenty of white-water rafting, kayaking, hiking, quad biking and horse riding facilities on offer. Add to this some friendly locals, a burgeoning cultural scene, and a capital city full of lively bars, clubs and restaurants, and it is easy to see why Uganda has gained itself a reputation as ‘Africa’s friendliest country’.

Banking and Currency in Uganda

The local currency is the Uganda Shilling (UGX), and highest notes denominations is UGX50, 000 and lowest 50.The US dollar, euro and pound sterling are all recognised currencies in Uganda, and both euros and dollars are now widely accepted for cash payments. Banking hours: Generally Mon-Fri 08h30-14h00, Sat 09h00-12h00. Forex bureaux are open until 17h00 and able to do electronic transfers to and from overseas.

American Express, Diners, MasterCard and Visa credit cards are sometimes accepted but not widely used.ATMs are available in the larger cities but ATM services in smaller towns and rural areas are limited.

Self-drive and hiring a private car with a driver are other options. International hire companies are based near Entebbe International Airport and in the centre of Kampala. A four-wheel drive is recommended for rural areas. An International Driving Permit and adequate third-party insurance is required. UK driving licences are accepted.

Private taxis are identifiable by their blue and white stripes. Boda-bodas (motorbike taxis) are often a cheaper option and, whilst fun, are not for the faint-hearted. Don’t be afraid to ask your driver to slow down if necessary as accidents are common.

Uganda has a tropical climate, with temperatures ranging from 21-25°C (70- 77°F), apart from in the mountainous areas, which are much cooler; the top of Mount Elgon is often covered with snow. The hottest months are December to February. Evenings can feel chilly after the heat of the day with temperatures around 12- 16ºC (54-61°F).

Most regions of Uganda, apart from the dry area in the north, have an annual rainfall of between 1,000mm and 2,000mm. There is heavy rain between March and May and between October and November, when road travel can become difficult in parts of the country. The best time for trekking is during the dry seasons, between January and February and June to September. Wildlife viewing is best at the end of the dry seasons, when game is more concentrated around water sources.

Lightweight clothes with a warm cover-up for the evenings are advised. Take a pair of good walking shoes or boots for forest trekking, and long-sleeved tops to protect against mosquitoes. If you’re planning to go to mountainous areas, be sure to take warm clothing, as temperatures drop substantially.

There are internet cafés in most large towns. Access in smaller towns and rural areas is limited.

Electrical sockets (outlets) in Uganda are the “Type G” British BS-1363 type. If your appliance’s plug doesn’t match the shape of these sockets, you will need a travel plug adapter in order to plug in.

Electrical sockets (outlets) in Uganda usually supply electricity at between 220 and 240 volts AC. If you’re plugging in an appliance that was built for 220-240 volt electrical input, or an appliance that is compatible with multiple voltages, then an adapter is all you need.